Years ago, on a beach hike, way down 10-Mile Beach, I came across a lightbulb, intact. A magical thing because of its context, and inhierent fragility; it became a mnemonic for thinking about our industrialized life—a kind of womb for birthing our world of endless production. The photograph of it stuck and over the years it became a sculpture, an illustration for an album cover, a series of drawings, and more. This latest move was to create a sculpture of the bulb to be placed wherever a sculpture of a lightbulb was required. The idea has lasted, as some do and I think of it as the representation of the human soul, whereby we exist as a vessel lighted by our sun, casting shadows and glowing with our own presence. It is not lighted by electricity, but by the sun itself. 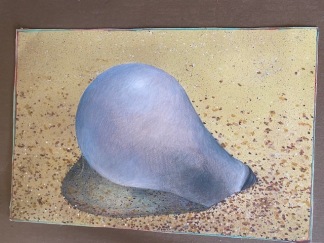 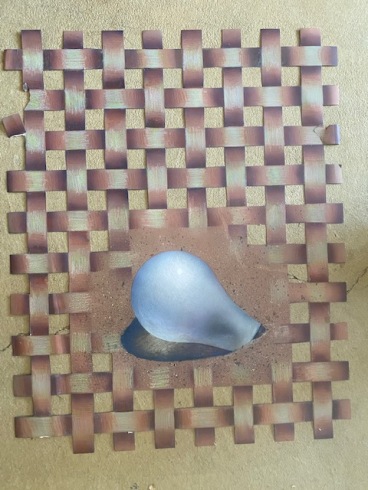 When I came back to thinking about making sculpture after a long layoff, I took a cue from the German Bauhaus School (1919-1933) instructional methodology. Back in the heyday, they required that before making things, you first had to make your own tools—forging, carving, welding as a way to feel your way into the materials of art making. Bert Schmutzhardt, my instructor had actually been a student at the Bauhaus and had us making a couple of tools for working with wood and stone.

OK, so back into the studio, I did begin with making tools. Problem was, there was too much water under my bridge, too many ideas surging in like a Black Friday shoppers crush. Too many ideas, too full of metaphor. So first off, as I made a saw of forged and welded copper, attached to an old saw handle it became an ancient unknowable device for sawing open history. My history. “The Dead Sea Saw.” Everyone needs one of those in the toolbox.

Cubist Saw—etched on the blade are the formulae that gave rise to the abstract thinking flowering at the incept of abstract art. 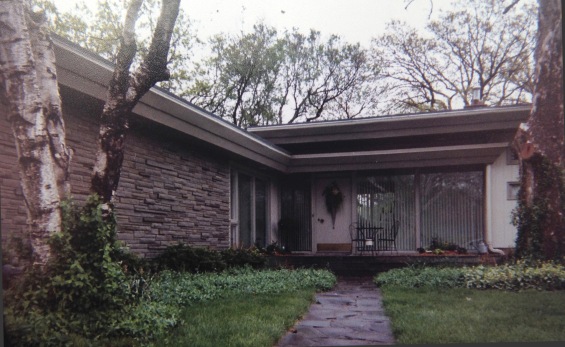 This is the Mid-Century house where I grew up in Kankakee, IL. It was designed by Milton Schwartz, built in 1957. His designs are archived at The Art Institute of Chicago. Schwartz was just starting out in ’57 and my father’s business had burned to the ground. My folks hired Schwartz to do the design for the re-build—and then this home. 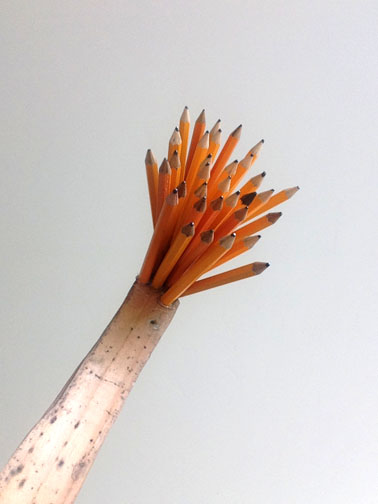 At our Electric Works shop in the Civic Center neighborhood of ‘Frisco, we were located just a block from the Library. Judith became friendly with the head of the rare and special collections who had boxes of those stubby pencils ready to be tossed. Remember when the card catalog was analog? A pile of pencils accompanied by slips of paper to write down your query? The boxes of pencils sat around until Judith had a brainstorm to glue them onto sticks. Finally in this configuration, Richard named this one to become part of the new tool collection, added to the kit called the “# 2 Twombly” after Cy Twombly.